GoZync comes with an example file that you can use both to demo the Zync and as a place to copy scripts from. These include scripts you'll want in your file, such as scripts to trigger a zync, check for a new version of the file, etc. Instructions for moving the scripts here into your own file can be found in our integration articles.

Using the free version of GoZync you can use the example files that come with GoZync (WorxHosted and WorxMobile) indefinitely until you modify the tables or fields of those files--then you'll need to get a two week demo license or a ProZync License to keep going. 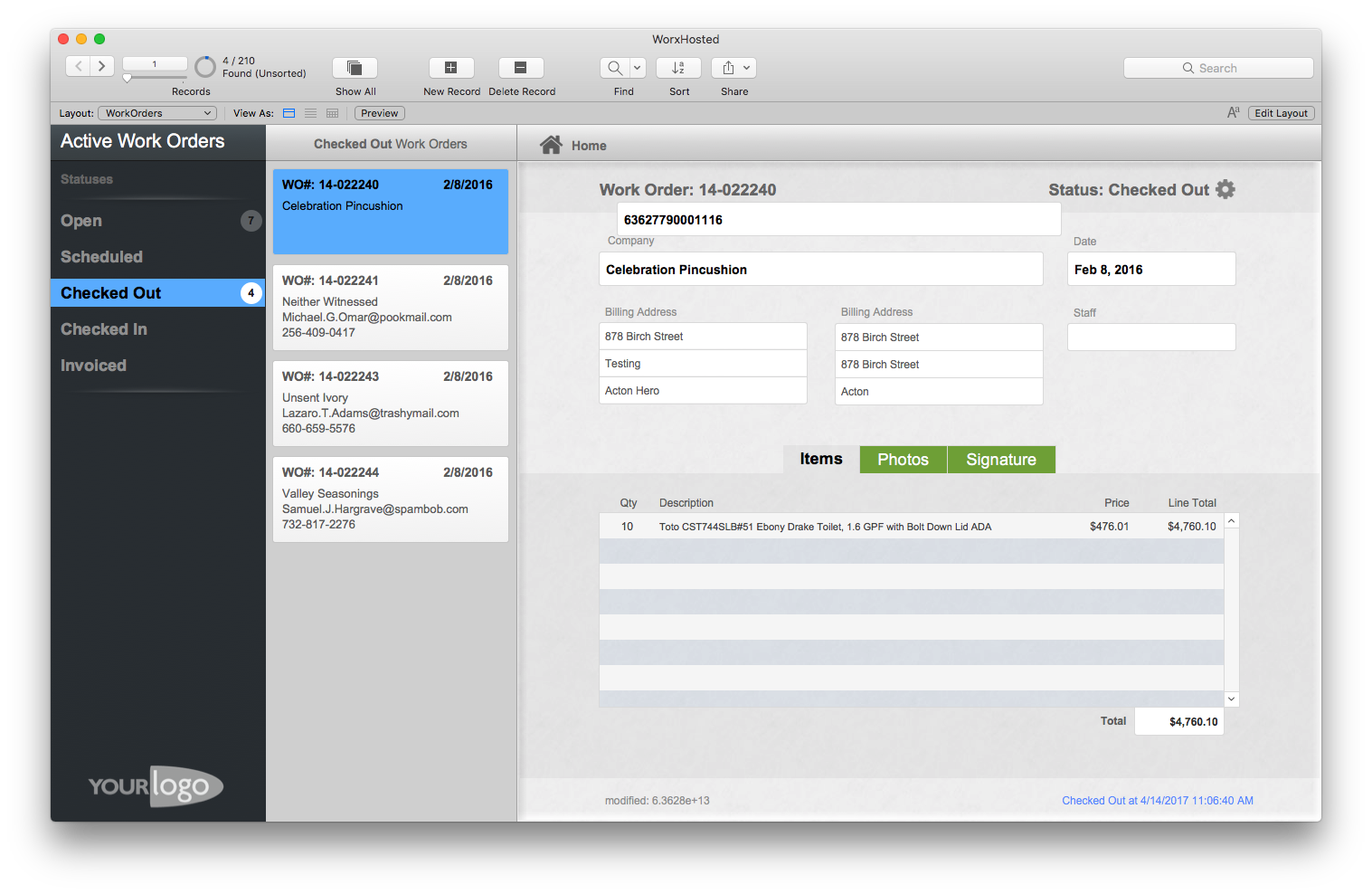 Note that Worx is just an example of how GoZync works: it isn't intended to be a completely fleshed out work order system. For example, there is no way to associate a contact with a new work order, nor is there a way to pick items from inventory when creating work order line items.

LowZync, the free version of GoZync, only supports syncing a single Table Occurrence and ships with our example Worx file already syncing. If you're using LowZync and want to sync your own file you'll need to stop syncing WorxMobile or purchase a GoZync license, or get a two week demo license.

Here is how to remove WorxMobile from the sync before you move on to check your work:

First, you may want to make a backup of these files incase you'd like to refer to a copy with WorxMobile integrated.
Next, head over to GoZyncMobile and go to the relationship graph. Change the prefixes for the for Worx table occurrences by putting an "x" in front of their names so they become "xgzh_WorkOrders", "xgzm_WorkOrders", etc.
That's it. TOs without the "gz..." prefix are not considered for sync and will be removed when you hit "refresh" on the configuration tab of GoZyncHosted.
You may want to also delete WorxMobile from the list of files available for download on the Downloads tab of GoZyncHosted.
Last updated on August 15, 2020