Tips for Using the Script Debugger with GoZync5

If you have FileMaker advanced and want to follow along with the sync in your script debugger, these tips will make it a bit easier.

First, if your files are hosted on FileMaker Server, open them on the device you'll be syncing from (your laptop, iPad, or desktop) and run the script "Toggle Perform Script On Server Off For This Session" in your hosted file. (This is one of the scripts you imported when you  integrated GoZync into your solution.)
Running that script will ensure that Perform Script on Server (PSOS) is "Off" for the current session. With PSOS on some of the essential Zync scripts would run on the server away from your script debugger: scripts like the ones where we build the found set of hosted records to sync. With PSOS off the syncs are slower but you can follow more of them in the script debugger.

Some of the scripts in GoZyncHosted are used to validate our licensing of GoZync: you aren't able to edit these scripts.
Thus, when you're using the script debugger you'll want to "step over" these scripts: stepping into them will cause the debugger to run ahead to the next break point and that makes things really hard to follow.
So, when you're debugging keep an eye out for our "DEBUGGING" highlighted comments: 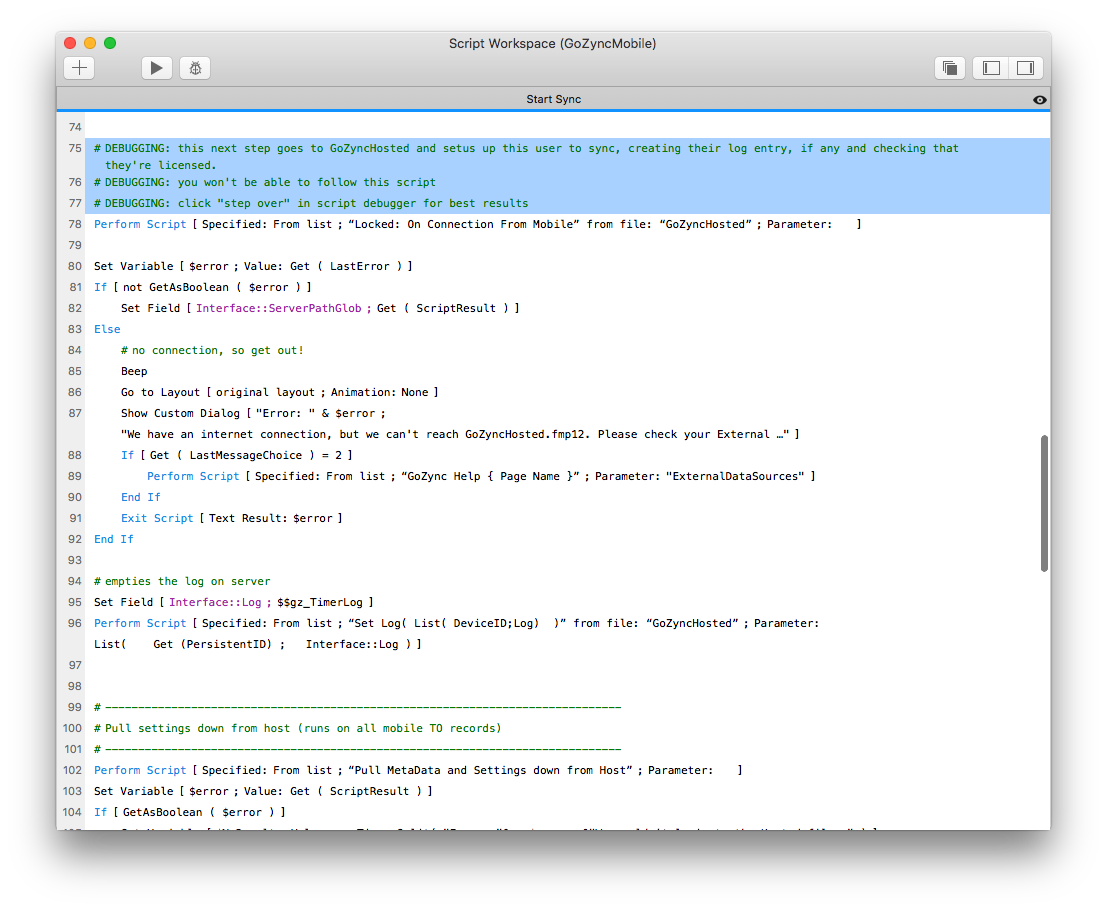 You'll want to "step over" the perform script steps that call locked scripts: stepping over is done using the upper leftmost button in the script debugger.
Last updated on August 15, 2020